The choreography of CPR: How my co-workers at the Richardson YMCA saved a member's life 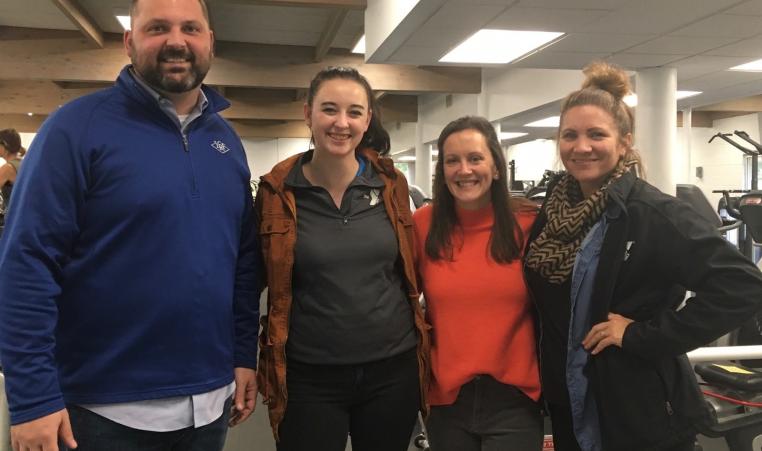 At the Richardson Family YMCA where I work two afternoons a week, my co-workers saved a man's life.

That's what it all boils down to, this 10-minute choreograph of care and compassion; of knowing what to do and doing it without hesitation; of trusting your own instincts as much as you trust those of everyone surrounding you:

That's what my supervisor, Mica Nix -- instrumental in conveying calm and breathing slow, steady breaths into a stranger's lungs -- told her husband and four children when she came home that evening.

"I wasn't sure what I'd say to them," she tells me later. "But when I walked in the door, I just said it.

Her husband cried. So, quite honestly, did I, and I wasn't even there. I'd been scheduled to work Tuesday; my shift would have started 15 minutes before an astute member noticed an older gentleman who appeared to be sleeping on the stationary bicycle.

But I'd woken up that morning feeling lousy, so had called in sick. When I came in the next day, my friend and co-worker Ashley Eger -- who just happened to be working out on her day off -- told me what had transpired just 24 hours earlier.

Mica approached the man, noticed his tongue was out and he had no pulse.

"I tried to wake him, but he wasn't responding," Mica says. "I yelled at Ashley to go get Nick."

Nick is Nick Echtenkamp, our executive director. He's been CPR certified for decades; has lost count of how many people with whom he's shared his knowledge. But this was his first time to actually perform it.

"Mica and I just fell into step," he says. "She did A and I did B. Then I'd do A and she'd do B. We just knew what to do. You go over it and over it and when the time comes, everything just kicks in."

Meanwhile, Jessica Miller, who works at the front desk, called 9-1-1. Ashley and another member named Chris moved a half-dozen exercise bikes out of the way so Mica and Nick could lower the member to the floor to start CPR.

"The bikes weren't heavy," she says thoughtfully, as if the enormity of it all is just hitting her, "until we moved them back."

Samantha Buehler, program director of family programs, got the AED from the wall; the machine did its calculations, determining the man needed CPR, not an electric shock. Sam handed Mica a mask from the red bag holding the AED. Nick, meanwhile, had assessed the situation: Were the man's airways open? Yes. Was he breathing? He was attempting, but it wasn't working. Did he have circulation? He had no pulse.

So Nick put one of his hands atop the other and began staccato, rhythmic compressions on the man's chest: One-two-three-four-five...Mica counted till he reached 30 and stopped. Then she took a deep breath, exhaled her air into the man's lungs, and did it again.

After two rounds, the man started coming to; he began breathing. He opened his eyes.

"I held his hand," Mica says. "When he regained consciousness, he squeezed it and smiled. I'll never forget that." 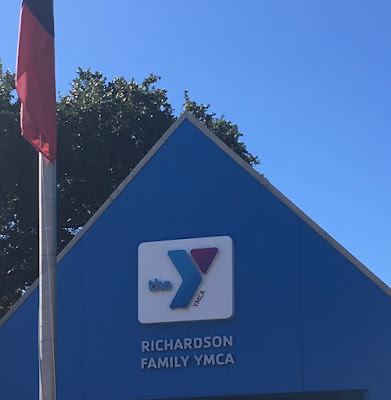 We never know, do we, what will happen from one moment to the next and change our lives forever. We could trip on a curb and crack our head on the sidewalk. We could turn a corner and meet the love of our lives.

Or we could go into the YMCA to ride a stationary bike for a half hour and have a heart attack.

On a sunny Tuesday afternoon in October at a small YMCA in Richardson, Texas -- where everyone who works there is CPR certified -- that's just what happened.

My heart still pounds at the thought of it all. And thanks to these amazing people surrounding me and surrounding one special elderly gentleman -- his heart is still beating, too.

Original Story can be found on her blog: A Glass of Lemonade