"I AM WHO I AM BECAUSE OF THE Y" - Colin Allred 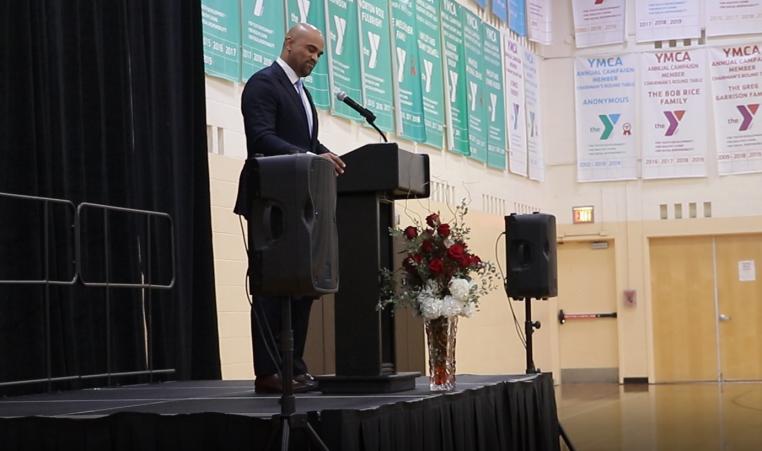 On October 9th, the Semones Family YMCA celebrated together for their annual Prayer Breakfast. The morning kicked off with the smell of warm coffee as people gathered to listen to the keynote speaker, U.S. Representative for Texas’s 32nd Congressional District, Colin Allred share his Y story.

After graduating from Baylor University, Allred played five seasons of professional football for the Tennessee Titans as an undrafted free agent. He later fulfilled his dream of studying law and worked as an attorney until being elected to Congress in 2018. Allred emphasizes that none of this success could have been achieved without the Semones Family YMCA, and people like Diddy Fulbright, Executive Director of Semones Y, and Jack Semones, founder of the Town North Y, which was renamed in 2019 in honor of Semones himself.

Allred’s Y story began at just seven years old, when his mother and he moved to North Dallas to be closer to his aunt and uncle. With all three adults working full time, Allred attended the afterschool program at Semones during the year. Summers for Allred were spent at Camp Grady Spruce. He smiled as he brought back memories from his time at Possum Kingdom Lake where he learned how to shoot a compound bow in archery, attempted (and failed, he laughs) to ski, and joined the sailing club. Growing up with a single income household, Allred shared his immense gratitude in attending Camp Grady Spruce for seven years. It was during this period of his life that Allred, a kid from North Dallas, was able to fall in love with the outdoors through experiences he would never have been able to have without the Y.

From participating in afterschool and camp, to volunteering during his pre-teen years and taking his first job as a lifeguard, the Semones Family Y became a second home to Allred and shaped him into the person he is today. “Every day when I cast a vote or think about policy, I think about it through the lens of someone who is a part of the YMCA community. Someone who sends their children to the public schools nearby and relies on their community to fill in the gaps.” Allred shared. “Communities are made up of stuff that you can’t put a price on. Communities need places like the Semones Family Y. We are great because of this YMCA, because of each and every one of their [members]. I am who I am because of the Y.”