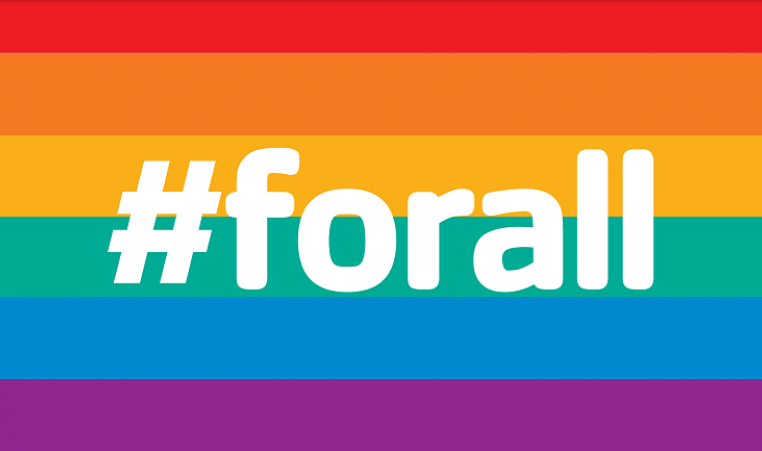 LGBTQ+ pride is the positive stance against discrimination and violence toward lesbian, gay, bisexual, and transgender people to promote their self-affirmation, dignity, equality rights, increase their visibility as a social group, build community, and celebrate sexual diversity and gender variance. This month, learn about a few notable events, organizations, and people throughout LQBTQ+ history!

The Daughters of Bilitis, also called the DOB or the Daughters, was the first lesbian civil and political rights organization in the United States. The organization, formed in San Francisco in 1955, was conceived as a social alternative to lesbian bars, which were subject to raids and police harassment. As the DOB gained members, their focus shifted to providing support to women who were afraid to come out. The DOB educated them about their rights, and about gay history. The historian Lillian Faderman declared, “Its very establishment in the midst of witch-hunts and police harassment was an act of courage, since members always had to fear that they were under attack, not because of what they did, but merely because of who they were.”

The Daughters of Bilitis endured for 14 years, becoming an educational resource for lesbians, gay men, researchers and mental health professionals.

2. The Stonewall Riots: Catalyst for the Gay Rights Movement

In the early hours of June 28, 1969, New York City police raided the Stonewall Inn, a gay club located in Greenwich Village in New York City. The raid sparked a riot among bar patrons and neighborhood residents as police roughly hauled employees and patrons out of the bar, leading to six days of protests and violent clashes with law enforcement outside the bar on Christopher Street, in neighboring streets and in nearby Christopher Park.
The Stonewall Riots served as the catalyst for the gay rights movement in the United States and around the world and the Stonewall Inn has solidified its place in history after being granted landmark status in New York City.

Marsha P. Johnson was an American gay liberation activist and self-identified drag queen. Known as an outspoken advocate for gay rights, Johnson was one of the prominent figures in the Stonewall uprising of 1969. A founding member of the Gay Liberation Front, Johnson co-founded the gay and transvestite advocacy organization S.T.A.R. (Street Transvestite Action Revolutionaries), alongside close friend Sylvia Rivera. A popular figure in New York City’s gay and art scene, Johnson modeled for Andy Warhol, and performed onstage with the drag performance troupe, Hot Peaches. Known for decades as a welcoming presence in the streets of Greenwich Village, Johnson was known as the “mayor of Christopher Street”.
From 1987 through 1992, Johnson was an AIDS activist with ACT UP.

Bayard Rustin was a close friend and advisor to Martin Luther King Jr. and organizer of the 1963 March on Washington. However, because he was an openly gay man, he did not receive wide recognition for his integral role in the civil rights movement. Rustin’s sexuality was used against him and Dr. King by opposing parties, who threatened to spread lies about their relationship. This forced Rustin to work in the shadows to prevent bringing further controversy to both Dr. King and the March on Washington. Despite this, Rustin still remained a political and gay activist, working to bring the AIDS crisis to the NAACP’s attention.

Monica F. Helms is a transgender activist, author, and veteran of the United States Navy. She is the creator of the Transgender Pride Flag.
Helms served in the US Navy from 1970-1978, and was assigned to two submarines, USS Francis Scott Key 1972-1976, USS Flasher 1976-1978. During her time in the Navy, Helms began cross-dressing while based in Charleston, South Carolina and says in an interview it was the “deepest, darkest secret in [her] entire life”.She was reassigned to the Bay Area in 1976, and said she “felt like [she] could be out in public as [herself]”.
Helms left the Navy in 1978, and joined her hometown’s chapter of the United States Submarine Veterans, Inc. in 1996.After transitioning, Helms reapplied in 1998 to the Phoenix chapter of the veteran’s group with the name “Monica” and received considerable push-back, including being referred to a more generic veteran’s group for women rather than the submarine specific group. Helms eventually prevailed after a few months and claims to be the first woman to ever join the organization.

If you would like to learn more about PRIDE month or LGBTQ+ history, visit the Library of Congress: https://loc.gov/lgbt-pride-month/about/

Pride Month is a positive stance against discrimination and violence toward the LGBTQ+ community. The mission of the YMCAs across North Texas is to put Christian values into practice through programs that build a healthy spirit, mind, and body FOR ALL. The “for all” is at the heart of the Y’s mission and is intentional, purposeful and inclusive regardless of race, gender, sex, age, and ability.

Driven by our commitment to ensuring everyone is treated with compassion and dignity, we are dedicated to supporting and welcoming LGBTQ+ adults, youth, staff, volunteers and members. The Y is an organization that is a welcoming place for all.