A Tradition That Can't Be Missed: Dave Cromer 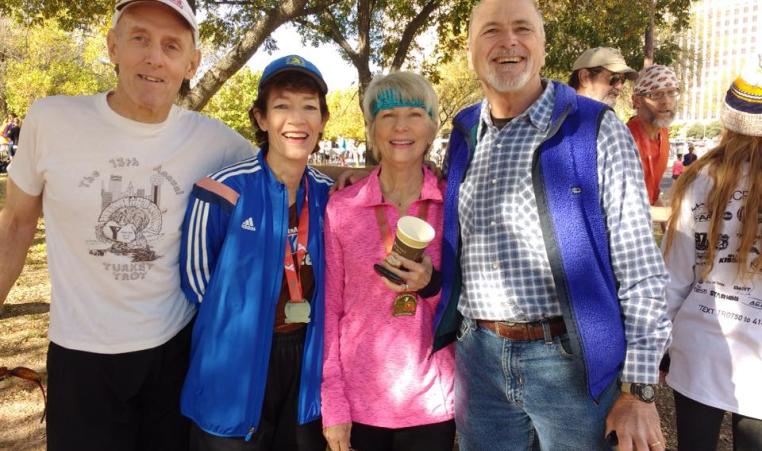 Dave was part of a running group called the “TNG,” or Thursday Night Group that gathered near White Rock to run on a weekly basis. Each year on Thanksgiving morning, his group would run the Turkey Trot in Downtown Dallas, alongside so many other fans of the race.

For Dave, the Turkey Trot became an annual tradition that was not to be missed on Thanksgiving Day. Even when Dave moved out of state to North Carolina in 2015, he still flew back to Dallas every Thanksgiving to make sure he didn’t miss the Turkey Trot.

In 2020, when the Turkey Trot was virtual because of the COVID-19 pandemic, Dave gathered together a group of friends in his North Carolina neighborhood to participate. Dave ensured all his friends were registered for the Trot, created a start and finish line at their local running trail, and his group all ran their virtual Trot together on Thanksgiving morning.

This year, with the race back in person, Dave will once again be flying to Dallas to participate in his Thanksgiving Day tradition.

“Over the years you would see the same participants year after year. You’d see people bring their own children. You’d see old friends you would have the chance to catch up with. It’s a great feeling to keep this tradition alive.”