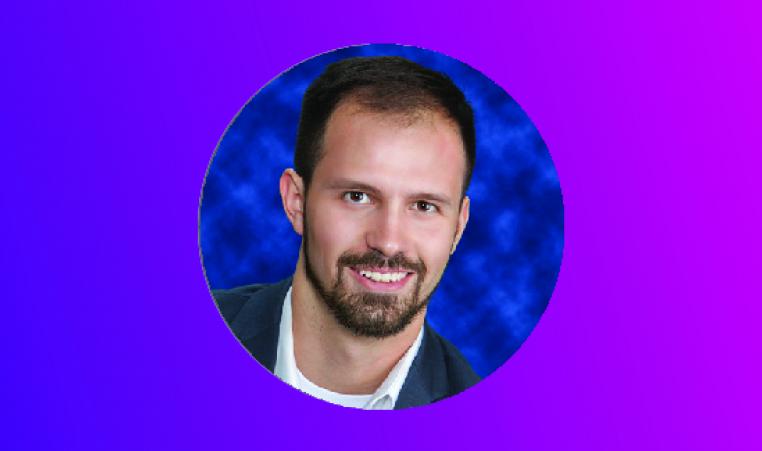 COMMITMENT TO THE Y

Daniel Valencia is an Aquatics Director at the YMCA of Metropolitan Dallas. He has been with the Y as a  full time staff for almost two years, and has worked with his Association for a total of five years including  his part time tenure. When Daniel came back to the Y after graduating college, he knew it was because

he wanted to be an impacting voice in the Dallas community, and he could accomplish that at the YMCA.  Daniel is highly engaged within his Association, contributing to the HLLN Professional Development  Program, Hispanic/Latino ERG Steering Committee, and the YMCA of Metro Dallas Aquatics Advancing Our  Cause Team. Daniel will be completing his Y-USA Team Leader Certification by the end of the year.

Under Daniel’s leadership, his department makes an inclusive environment by offering and hosting  diverse programming including classes for infants to active older adults, host adapted swim lessons for  swimmers with special needs, and invite community groups such as the Special Olympics and Downs  Syndrome Guild who use the Dallas Y facility. In Daniel’s non-aquatics work, her serves on the Hispanic/  Latino ERG Steering Committee, a group are striving to bring the Hispanic/Latino voice to the forefront  in the Association. Daniel has helped the inclusion of minority groups become a priority at the YMCA

of Metropolitan Dallas, and they are working on new initiatives such as a multi-cultural food festival at  the YMCA, increased participation of minorities in working groups and volunteer boards, and ensuring  under-represented populations have a seat at the table. Daniel intentionally helps out in every department  when they need an extra set of hands as he believes that it helps him diversify his paradigm of who comes  through the doors, and helps find different solutions to problems that the Y might be facing day to day.

COMMITMENT TO THE COMMUNITY

In Daniel’s Aquatics Department, they give children and adults the opportunity to feel comfortable in a  dangerous medium. From an infant that is getting in with mom, to a high school student working to get to  the next level of swim team, to the child with disabilities that is drawn to the water but lacks the safety  skills for swimming - Daniel works to ensure his programs work to make them feel safe and confident in  the water. Daniel also helps run the Safety Around Water outreach program, in which he had staff out in  over 25 communities in Dallas teaching free swim lessons. At his branch, Daniel trains lifeguards and swim  lesson instructors year round which allows him to show people the importance of safety practices, as well  as the importance of the YMCA in the community. Additionally, Daniel is working with and learning from  other Hispanic/Latino leaders to help the voice of the community be heard. Daniel uses his opportunities  and platforms to build up those he serves in his community.

Daniel volunteers in his community as a Garland Youth Basketball Association Board Member.