IN MEMORY OF BEN CASEY 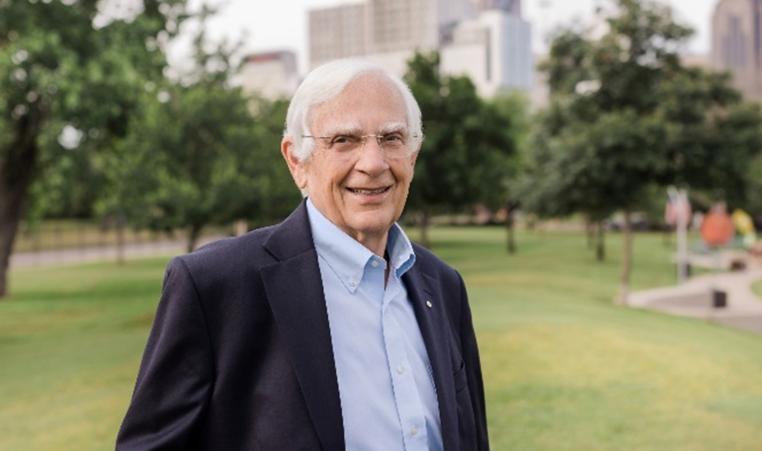 It is with great sadness that we share the news of the passing of our dear friend and colleague, J Ben Casey, Jr., who served as President/CEO of the YMCA of Metropolitan Dallas from 1987-2001.

Ben’s presence within the YMCA of Metropolitan Dallas was felt by everyone from his closest colleagues to those who worked in the association branches. He was known for going out into the community to spread the impactful work of the YMCA and recruit future leaders. During his 45+ year career, Ben committed himself fully to a life of community service, serving on a multitude of boards including the Rotary Foundation Board, VolunteerNow Board, Yoga Bridge Cancer Foundation Board, Scottish Rite Library and Cathedral Board, Advisory Board Dallas Area Parkinsonism Society, Advisory Board For the Love of Art, Advisory Board Deliver Fund, and the Advisory Board of American Journey Experience. During his time with the YMCA, Ben made an impact that will be felt for a lifetime. His colleagues, many of whom still work for or volunteer for the YMCA, recall his passion, his ever present smile, and his spirit of mentorship.

“Ben was the second CEO I’d ever worked for, the first of which I worked with closely. He quickly became a mentor to me and after spending more time with him, I knew one day becoming CEO of the Dallas YMCA was the direction I wanted to take my career.  He’s the one who taught me what was needed to be a good CEO, lessons I still use every day in my role,” said Curt Hazelbaker, President and CEO, YMCA of Metropolitan Dallas. “Up until his passing, I still relied on him for advice. He was very community facing, and always trusted and relied on staff to run the day to day. The impact he made while at the Y will be felt for a lifetime.”

That sentiment was echoed across the country as George Romell, President and CEO of the YMCA of Greater Rochester said, “Ben was an amazing man. He took me under his wing early in my career and was a role model for me in many ways.”

Above all else, Ben will be remembered for his commitment to servant leadership. His impact in North Texas and beyond will be felt for generations to come. We hope you will join us in celebrating Ben’s life and contributions even as we mourn his loss. A memorial to honor Ben Casey’s life will be planned for Summer 2022. If you wish to share a memory or photo, please click the button below:

“Ben was such a mentor – and such an example – to me. He gave me my chances to really get involved with the YMCA of Metropolitan Dallas at the leadership level and I will never be able to say just how much he means to me.”  - Jim Adams Chair of the Association Board of Directors 2004-2006

“Ben and I always had a special relationship when he was our CEO and over the years after he retired. He still called me if he needed any help in HR. He acknowledged and recognized me as a true HR leader before I really knew that I was.” - Suzanne Goswick Sr. VP/CHRO

“Ben was my first CEO and a wonderful man. I can still remember him wearing a fake diamond studded earring as a joke as he made a presentation. Everyone saw it and no one said a thing. Then just cracking the entire room up when with a huge smile, he simply pulled it off his ear. Full of life. This just breaks my heart.” - Jeff McBride President & CEO of the YMCA of Orange County in California