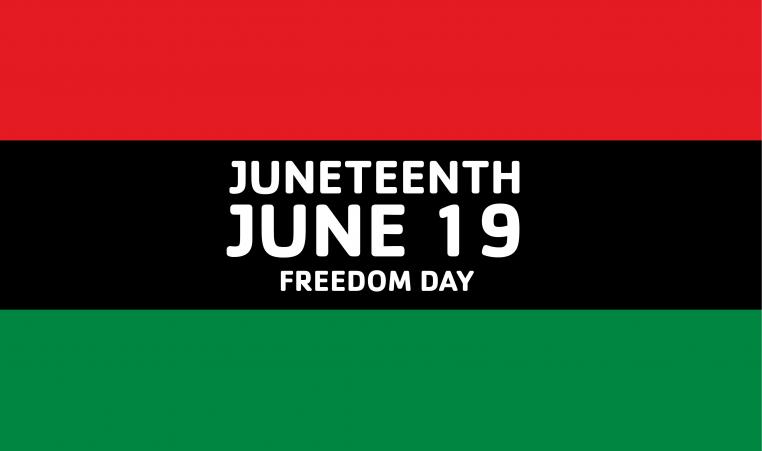 The Lone Star State has a rich history from The Battle of the Alamo to the famous line from the Apollo 13 crew, “Houston, we have a problem!”, but do you know about Juneteenth?

Juneteenth is the oldest nationally celebrated commemoration of the ending of slavery in the US. On June 19th 1865, two and a half years after President Lincoln’s Emancipation Proclamation (1963), Union soldiers, led by Major General Gordon Granger, landed at Galveston, TX with news that the war had ended, and that the enslaved were now free.

The Texas House Bill 1016 passed in the 66th Legislature, Regular Session, declared June 19, “Emancipation Day in Texas,” a legal state holiday effectively starting in 1980. Since that time, the celebration of Juneteenth continues across the state of Texas with oral histories and readings, barbecues, rodeos, concerts, picnics, and parades.

The Juneteenth flag, designed by L.J. Graf, is red, white, and blue, echoing the American flag, and recognizing the fact that the freed African slaves and their descendants are Americans. The star in the middle pays homage to Texas, while the bursting “new star” on the “horizon” of the red and blue fields represent a new freedom and a new people.