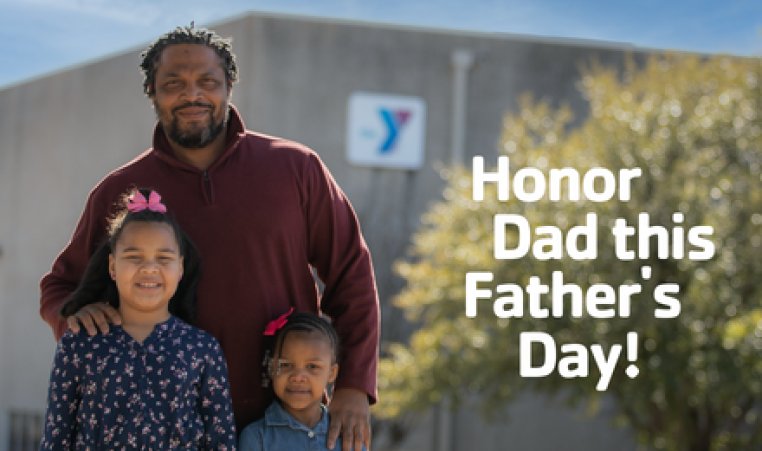 He coached your YMCA soccer team.

He was your date to the Y’s father-daughter dance.

He taught you how to fish on your first Adventure Guides camping trip.

No matter the occasion or event or what you called him, your dad, papa, pops, padre, or father, he was always your biggest cheerleader!

At the YMCA of Metropolitan Dallas, we recognize and value our fathers and father figures year-round. But Father’s Day holds a special place in our hearts…

BORN AT THE YMCA

The first Father’s Day celebration was held at the Spokane, Washington YMCA on June 19, 1910, when Sonora Dodd, the daughter of a single father during the Civil War. Her father was widowed when his wife (Mrs. Dodd's mother) died in childbirth with their sixth child. Mr. Smart was left to raise the newborn and his other five children by himself on a rural farm in eastern Washington State. It was after Mrs. Dodd became an adult that she realized the strength and selflessness her father had shown in raising his children as a single parent.

On Mother’s Day in 1909 Smart Dodd heard a sermon honoring mothers and wondered why there was no similar tribute for fathers. With the support of ministers and the YMCA in Spokane, Smart Dodd launched the first Father's Day celebration at the Spokane YMCA on June 19, 1910.  In 1924, President Calvin Coolidge supported the idea of a national Father's Day. Finally in 1966, President Lyndon Johnson signed a presidential proclamation declaring the 3rd Sunday of June as Father's Day and President Nixon signed Father’s Day into law in 1972.

The YMCA is committed to helping today’s kids become the self-confident, well-rounded adults they are meant to be through father-child activities like Adventure Guides, youth sports, social events and camping. Today, we hope you will join us in honoring the father figures who make a difference in the lives of children throughout North Texas.

HONOR YOUR FATHER BY DONATING TO THE YMCA, TODAY!

Please consider a gift to the YMCA this Father’s Day in honor of your father and the memories you created on the soccer field, around the campfire or at your very first dance.

Honor the father figure in your life by donating today at ymcadallas.org/FathersDay.

Win or lose dad was there cheering me on... I am so grateful for the special time I spent with dad playing sports at the Y,”

Allison Jones who played youth soccer at the Y as a child.